LAVA Visionary of the Year for 2015: Nathan Marsak 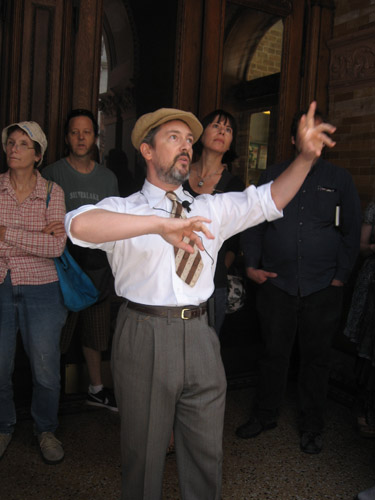 We are pleased to announce that Nathan Marsak is the LAVA Visionary of the Year for 2015. Nathan’s wide-ranging work interpreting and advocating for the architectural and cultural history of lost 19th and 20th Century Los Angeles, through such history blogs as 1947project, On Bunker Hill and In SRO Land, his monograph on the city’s neon signage and campaign to Save the 76 Balls, his deconstruction of the digital city in the L.A. Noire video game, and a recent LAVA lecture and Esotouric bus tour on the fascinating parallel development of Modernism and the Public Mausolea movement is truly revelatory. Beginning at the March 2015 Sunday Salon, when he will present on the Richardsonian Romanesque in Southern California, and all through 2015, we honor Nathan Marsak for his original, perspicacious and highly entertaining contributions to Los Angeles history. He is the very model of a LAVA Visionary.