This edition of the LAVA Sunday Salon and Broadway on My Wind walking tour looks at the Police Facilities Building (Welton Becket & Associates and J. E. Stanton, 1955). Better known as Parker Center or The Glass House, this downtown landmark is facing an uncertain future as the city seeks to demolish and the Cultural Heritage Commission, Los Angeles Conservancy and preservationists urge adaptive reuse.

Join Esotouric’s Richard Schave, architect & historian Alan Hess and 2015 LAVA Visionary of the Year Nathan Marsak for a slide show presentation followed by a site visit about the building’s history within LAPD and the Little Tokyo neighborhood, its place in Welton Becket’s architectural legacy and its role in the Los Angeles school of mid-century Modernism. We’ll also look at the threat to its survival and efforts to preserve the building and its integrated sculpture, mosaics and landscaping.

ABOUT THE SALON: On the last Sunday of the month starting at 2pm, LAVA welcomes interested individuals to gather in downtown Los Angeles for the Sunday Salon, featuring a presentation by a LAVA Visionary and opportunities to meet and connect with one another. Immediately after the Salon, a walking tour expands on the Salon theme. If you’re interested in joining LAVA as a creative contributor or an attendee, we recommend Salon attendance as an introduction to this growing community. 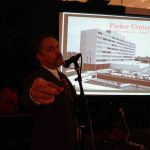 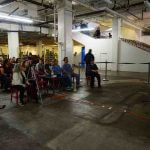 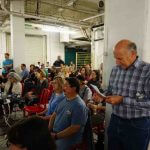 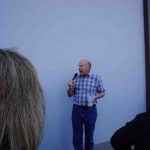 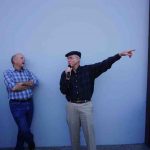 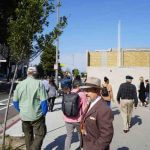