Join LAVA for our revived free monthly Sunday Salon series. We return to South Broadway, to the mezzanine of Les Noces du Figaro, which was recently opened by the family behind Figaro Bistro in Los Feliz. This handsome space was formerly Schaber’s Cafeteria (Charles F. Plummer, 1928), and the mezzanine features wonderful views of the Los Angeles Theatre.

On the last Sunday of each month, LAVA welcomes interested individuals to gather in downtown Los Angeles (noon-2pm), for a structured Salon featuring formal presentations and opportunities to meet and connect with one another. If you’re interested in joining LAVA as a creative contributor or an attendee, we recommend Salon attendance as an introduction to this growing community. We also recommend the eclairs.

Read about the original Sunday Salon at Clifton’s Cafeteria here.

The Salon’s theme will be Jazz Age Los Angeles, and the two talks (45 minutes each) will focus on that theme at the intersection of Crescent Heights and Sunset Blvd.

You are encouraged to arrive early if you wish to order food and beverages from the counter downstairs, and bring your meal upstairs.

Please note that there will a morning and afternoon walking tour of F. Scott Fitzgerald’s Hollywood on Saturday, June 29, and that our Salon presenters Martin Turnbull and Marc Chevalier will be making short appearances.

Presentation One: Martin Turnbull on The Garden of Allah

Martin Turnbull, author of The Garden Of Allah novels will be discussing life at that hotel and its infamous bungalow courtyard during the 1920s and 30s. Its bootleg liquor, fizzy flappers, all night parties defined the Jazz Age in Los Angeles. When Scott Fitzgerald when came to L.A. in the mid 1930s with his $1000/week contract at MGM, it was at the Garden of Allah he chose to land. it was also the home-away-from-home for Algonquin Round Table refugees Robert Benchley and Dorothy Parker, George S. Kaufman, Alexander Woollcott, Donald Ogden Stewart and Marc Connelly, so Fitzgerald must have feel at home. As did anyone answering Hollywood’s siren call lucky enough to get a room there. Martin’s talk will be punctuated by readings from his first novel in the series, The Garden On Sunset.

Back Story on the Garden of Allah: Formerly the movie star mansion of luminous silent screen star, Alla Nazimova, the Garden of Allah opened its doors in 1927 at the height of the Jazz Age and in no time, word got out that Nazimova’s Garden could always provide hopeful Hollywood arrivals with a pillow, a pal and a party. Over those years, a virtual who’s who of Hollywood paraded through the place: Bogie and Bacall, Errol Flynn, David Niven, Harpo Marx, Tallulah Bankhead, Artie Shaw, Sergei Rachmaninoff, Dorothy Gish, Kay Thompson, Leopold Stokowski, Orson Welles, Ava Gardner, and Frank Sinatra.

For his talk, Marc Chevailer, the historian of the Oviatt Building, will focus on the Crescent Heights Shopping Center, just across the street from the Garden of Allah.First drawn to the building because of James Oviatt’s proposed but never realized “satellite” shop for his famous haberdashery downtown, Marc soon become ensorcelled by this beautiful French Norman revival building. Built in 1925, this towered, marble-trimmed and mansard-roofed Norman ‘chateau’ housed Schwab’s Pharmacy and the Crescent Heights Market, which fed, drugged and boozed the Garden of Allah’s voracious guests. It was where Hollywood’s movielanders shopped, schmoozed, strove and scrounged for generations … where F. Scott Fitzgerald nearly died and Marilyn Monroe got her final prescription, and where Robert Mitchum, already a star, stocked grocery shelves just for fun.

It was home to the Sunset Medical Center, the upscale Talmadge Jones flower shop (with its Rolls-Royce delivery trucks), a bakery, a dry cleaner, a beauty parlor, the infamous Crescent Heights Market (owned and managed by a cantankerous ex-speakeasy operator from New York, who randomly overcharged Hollywood’s elite for its groceries), and a pharmacy that would be bought out by Schwab’s in 1932. In 1949, Googie’s would build its first coffee shop next to Schwab’s.

While nothing remains of it today, “the chateau that housed Schwab’s”is ripe for rediscovery. Join Marc as he presents us a rich palimpsest of Hollywood from its halcyon era as he peels back the layers of the Crescent Heights Shopping Center, a compound which was drastically remodeled in the 1960s, and demolished in 1988.

Marc Chevalier stumbled across “the chateau that held Schwab’s” while doing research for his upcoming biography of James Oviatt, the man behind L.A.’s Oviatt Building. In 2008, in partnership with filmmaker Seth Shulman, he researched/wrote/produced a feature-length documentary on the Oviatt Building’s history. An English teacher by profession, Chevalier calls Los Angeles history his passion/addiction, and credits Kim Cooper and Richard Schave for feeding it regularly. 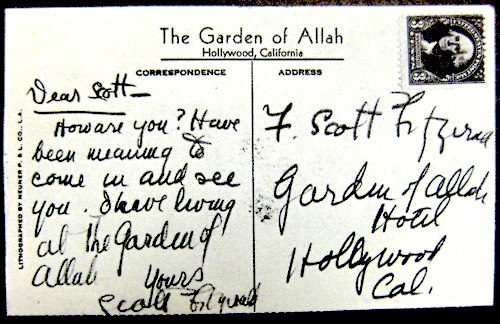 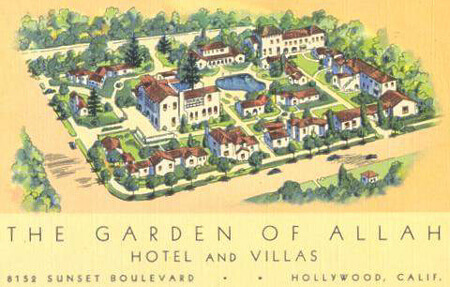